Unboxed CEO, Richard Stobart, has been shortlisted for this year’s UK Agile Awards.

The UK Agile Awards were created to recognise and award top Agile talent and recognise the challenge of adopting the discipline and serves to publicly recognise their efforts.

Richard has been shortlisted in the ‘Most Influential Business Leader 2015’ category for his involvement in local government initiative. This category is open to public vote, which can be cast here (Note: Only one vote can be cast per company).

On the shortlist announcement, Richard said: “It’s great to be shortlisted for my role in something that benefits more people than just those directly involved”. 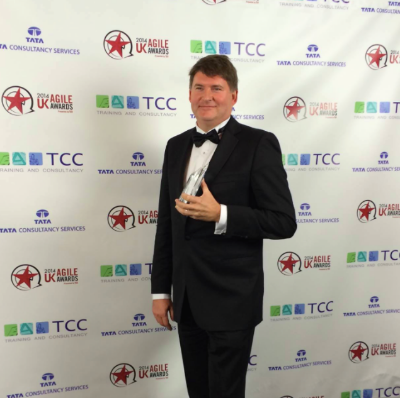