Digital Innovation in Healthcare: Why is it so difficult to speed-track progress?

An Ex-Doctor and Ex-Paramedic discuss Culture and Complexity 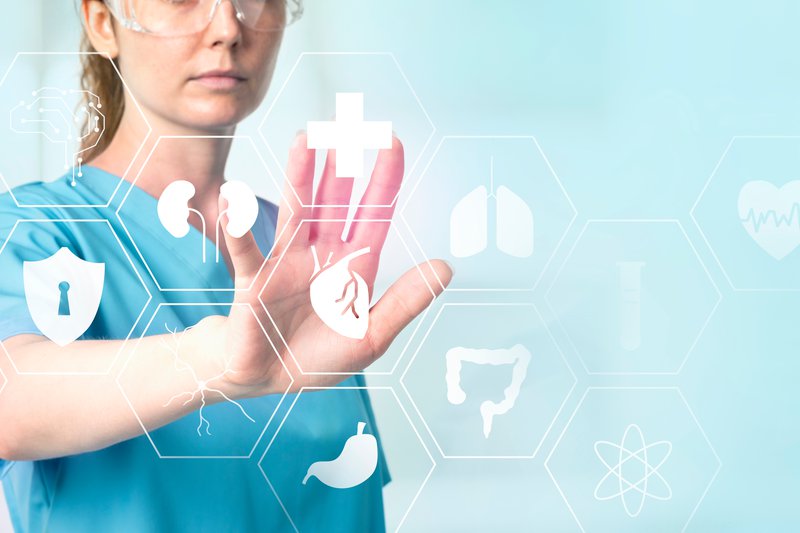 Two years ago, I achieved one of the highlights of my career. I’d been working as a user researcher on a FemTech project and was given the opportunity to facilitate a workshop that placed physicians and patients together on a discussion panel. The goal was to create a safe space in which both parties could openly discuss struggles they were experiencing giving and receiving care. Prior to working in Digital, I’d trained and worked as a junior paramedic in South Africa. During this time, I’d experienced first-hand the perils of miscommunication and mistrust as well as the ensuing frustration that occurs between physicians who have dedicated years of their lives towards treating disease and patients who have suffered years of their lives from the complications of disease. Traditional power dynamics allow very little space for vulnerability. For me, witnessing this willingness towards engaging in a conversation was, in itself, ground-breaking.

The technological innovation that served as centrepiece to this conversation was ahead of its time: a tool that patients could use to self-track hormone cycles. The data could be used by physicians to improve diagnostic accuracy. Despite all the benefits proposed by this new technology, physicians and patients were understandably cynical: “my desk is overflowing with piles of pamphlets from this and that company promising to make my work easier,” said a physician; “I’m in debt from the amount I’ve spent attending to medical needs,” said a patient. Both parties were exhausted and featured dark rings beneath their eyes. “They’re not trying hard enough,” said the tech company’s CEO during the workshop retro. I was shocked at her response. I realised that it didn’t matter how advanced the technology, a lack of understanding towards the nuances and challenges of frontline healthcare work would pose a barrier to adoption. I left the company soon after and joined Unboxed.

At Unboxed, I met Kate who trained as a physician and worked in the NHS for 2 years before drastically switching gears and making the career change to software engineering. There is a special solidarity that develops between healthcare workers in the same way that camaraderie forms between soldiers at war. Spend any small amount of time in the throes of a casualty room or in an ambulance, no matter where in the world you are, and the similarities between battlefields and hospitals become explicitly clear. Fellow soldiers can be recognized via a knowing look and a subtle nod. So, when I invited her for a vent session and included a glass of wine in the offer, there was zero fear of professional retribution. I knew she would understand. The intersection between healthcare and technology holds infinite promise but something is holding the sector back from the accelerated progression we see in other industries. What is it? We filled our cups and began… 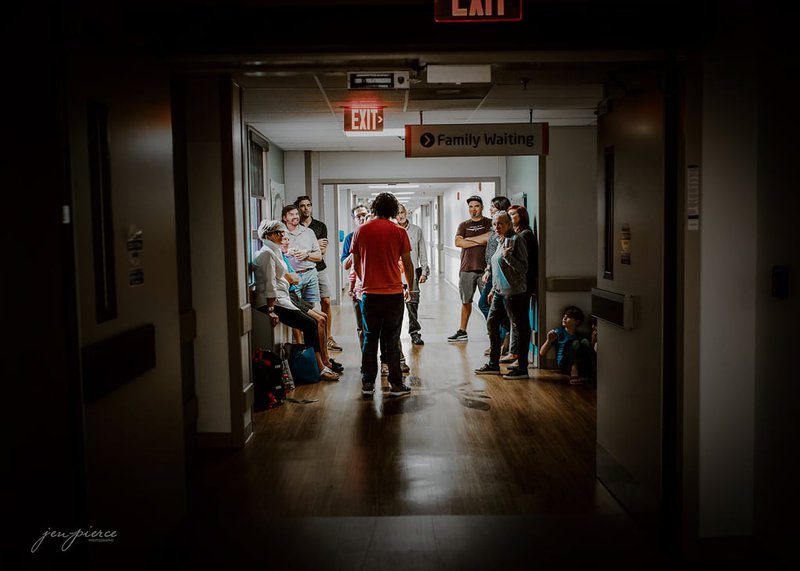 A Culture of Training:

It was quickly apparent that our experiences as trainees in two different healthcare systems, on different continents, had been painfully similar. Always grueling, and often miserable, lonely and terrifying. For both of us it felt, all too often, like going through a trial by fire, which only the worthy survived. As Kassie put it, ‘the way to “prove your worth” is to “show how much you can suffer”’. And we both felt that survival came at a cost. That we had to strip ourselves, in Kate’s words, ‘of a lot of…humanity.’

Healthcare trainees are exposed to intense and often traumatic situations, but their emotional welfare is frequently overlooked. Healthcare workers who aren’t taught to take care of themselves can struggle to find the resources to take care of others. Or, to quote Kassie again, ‘If a physician or healthcare worker is not taken care of, if they are not healthy and whole then they’ll struggle to treat people with compassion.’ The psychological term for this is known as “Compassion Fatigue.”

In the UK, junior doctors are ill-prepared for this trial by fire in the first place. Book-smart students gain entry into medical school, spend years sitting in lecture theatres, and have minimal exposure to real clinical situations. They graduate without the tools to deal with the mental and emotional toll of the job. When they start working in hospitals they can be quickly overwhelmed.


The Anatomy of a Hospital:

Sometimes it was hard to believe that we were discussing two different healthcare systems, geographically separated by over six thousand miles. Endless similarities jumped out. Strikingly, and saddeningly, one such similarity was, in Kassie’s words, ‘a militarized hierarchical imbalance of power and command’.

Many hospitals still have archaic hierarchical structures, in which professionals at all levels receive inadequate personal support, while at the same time being expected to handle incredibly challenging situations.

This, combined with outdated and unwieldy bureaucracies, can reduce healthcare workers to cogs in a grueling and impersonal machine.

It’s an environment in which it’s all too easy to get ground down, and to lose the will to challenge or improve the system. As Kassie put it, ‘You’re so busy trying to survive. Or trying to keep your head above the water. You become so accustomed to that toxic environment that you can’t see for yourself that it’s toxic.’


Pain Olympics and the Glorification of Burnout:

In the safe space of our conversation, we were both able to admit that sometimes we had been pushed beyond our limits. That at times we had struggled to achieve, in Kate’s words, ‘the very bare minimum. And if that’s just…keep someone alive. Then that’s it. You get to the point where a patient is just a body.’ The psychological term for this is known as ‘Disassociation.’

For healthcare workers operating in ‘survival’ mode, patients can be reduced to diagnoses. Medical teams can lose sight of the patient as a person, and of the importance of holistic care. We both know ourselves to be kind and caring individuals. But we both remember moments when we struggled to show compassion, quite simply because we had nothing left to give.

Creative technological solutions have the potential to reduce the burden on healthcare workers, and in doing so to improve patient experiences and outcomes. But the extreme conditions under which they operate can make healthcare professionals resistant to innovation. Sometimes they simply don’t have the time, between one emergency and the next, to stop and consider new ideas. And sometimes just thinking about what needs fixing makes it too real, and too unbearable.

Another barrier to creativity is that it is often contingent on experimentation. Innovators need a safe space in which to fail, and the front line of healthcare doesn’t provide this. When disaster is constantly being narrowly averted, healthcare teams don’t feel that they can afford to take risks. 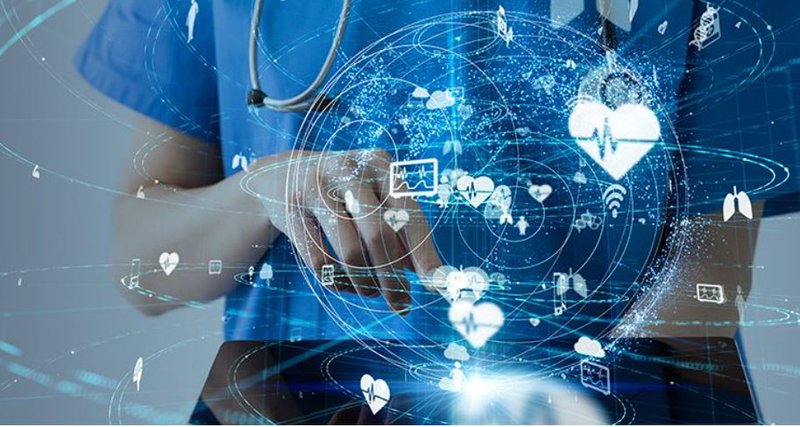 Opportunities for Technology to Facilitate Change:

Despite all of the above mentioned challenges, we both remain optimistic about the potential for technology to support progress within the healthcare sector. Glaringly obvious to us, for example, is just how many of the pain points discussed in this article can be averted purely by improving administrative inefficiencies. Another area in which technology could shine would be in finding ways to empower patients with self-adminstrative tools so that human-to-human contact is reserved for points-of-care during which this form of care is most integral to healing. This is a challenge we’ve already initiated a potential solution to via GSTT Patient Remote Monitoring.

Other exciting opportunities we foresee (though are by no means limited by this list):

The mechanisms for innovation and progress are adaptivity, agility and creativity encapsulated by a style of mental flexibility that can only occur in secure and psychologically safe environments. If the mind is in constant flight or fight, inundated by an overload of stimulus and damaged by constant exposure to toxic and insecure environments - whether justified by a lack of resource or not - thought processes become defensive, narrow and rigid. The most advanced of all technologies are useless if practitioners do not have the capacity to learn and implement them. And, if these technologies do not mould into the groove of pre-conditioned logic and culture, they don’t stand a chance of successfully embedding into pre-existing systems. Borrowing from med-speak: much like transplant organs are often rejected by the immune system. And returning to the war analogy: wars have damaged people but they have also served as a platform to medical and technological advancement. There is so much opportunity but there needs to be careful strategy based on a foundation of nuanced understanding and empathy. So, “what’s holding us back?” Perhaps, very simply, an inability to acknowledge the wisdom of an age-old truth: “one can’t pour from an empty cup.” The solutions we’re looking for may be a whole lot less complex than previously imagined. 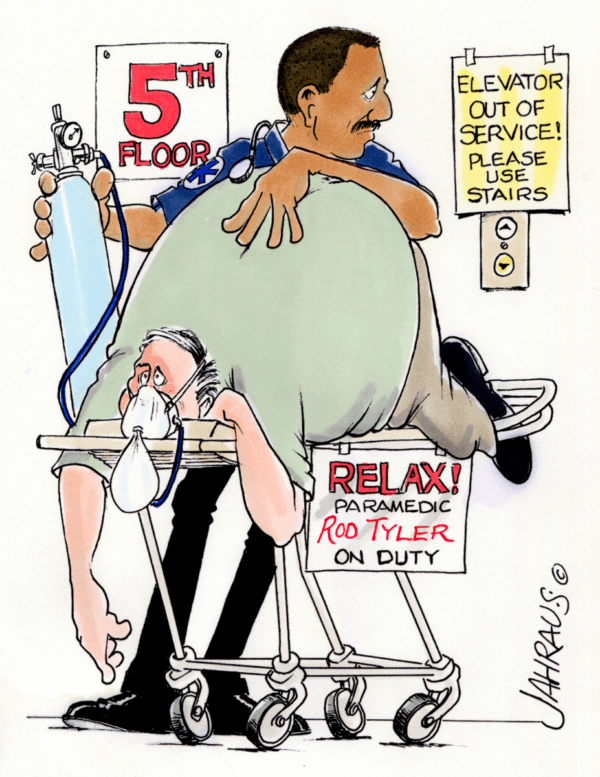