For the last three years, Unboxed has been working towards solving a big problem: people wanting to make the shift to electric vehicles, but being unable to charge near their homes.

A third of UK households have no off-street parking, a figure that rises to more than 60% in city and urban areas, and 78% in London. With widespread electric vehicle uptake being reliant on a viable, convenient means of on-street charging, availability of charging infrastructure is cited as one of the main reasons cited for people not switching to electric vehicles.

To begin solving this problem, Unboxed has designed and developed char.gy, an on-street electric vehicle charging solution for enabling people to charge their electric vehicles on a residential street. See more on our work with char.gy here.

In November, char.gy won the ‘Electric Experience’ award at this year’s TRANStech Awards for showcasing the innovative use of technology to improve transport through its on-street lamppost and bollard charging solutions. 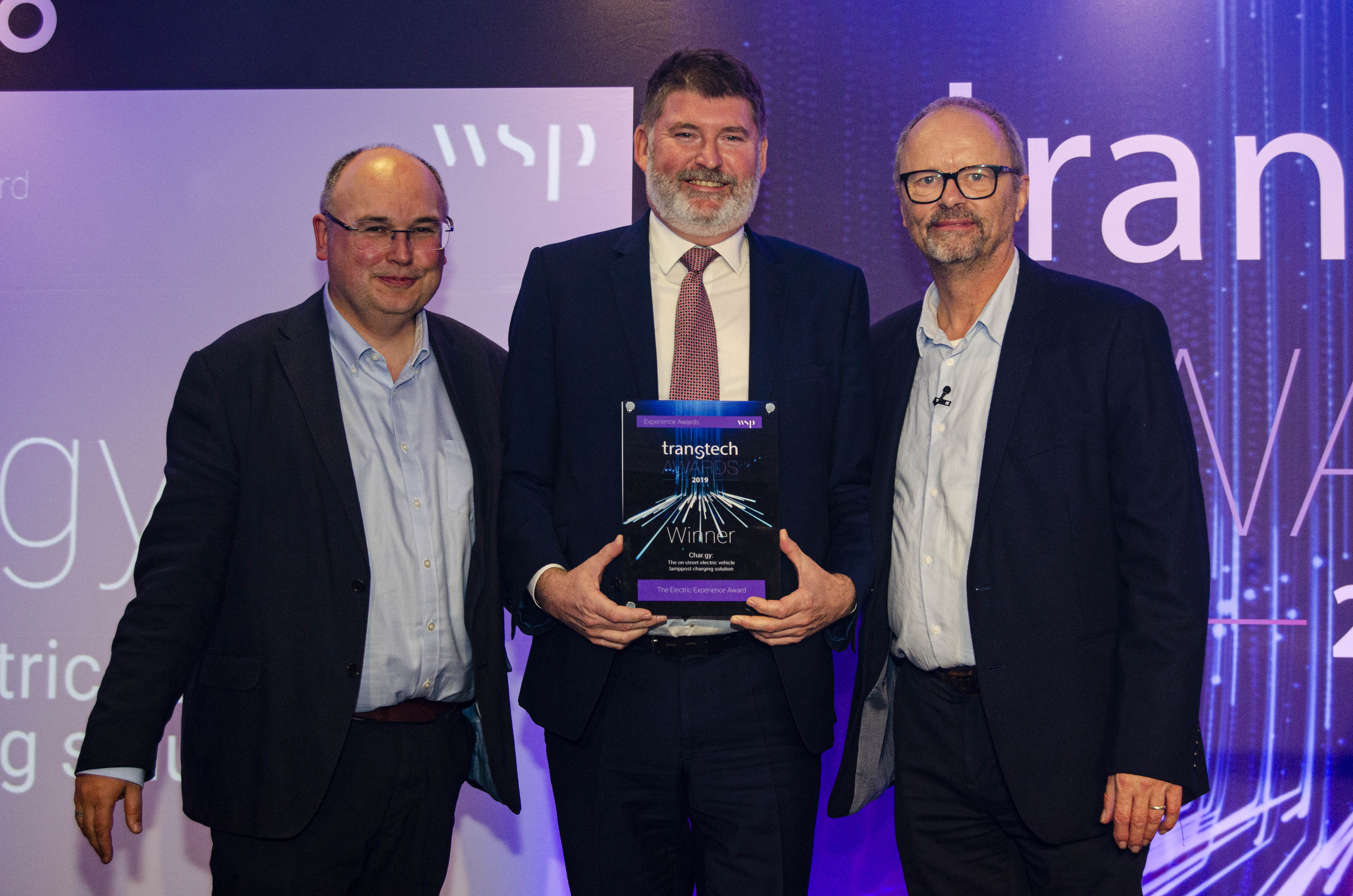 “The Electric Experience is the award that we proudest to win as char.gy takes a user-centred approach to delivering the full electric vehicle charging experience. Well done to the whole team for continuing excellence in focussing on the user experience of the product, putting our users’ needs at the very centre of what we’re doing.” — Richard Stobart, Founder & Director of char.gy and CEO of Unboxed.

The full winners list from the awards evening can be found here.

char.gy currently has over 300 live chargepoints installed across Brent, Buckinghamshire, Redbridge, Southwark and Warwickshire and is expanding all the time. It has also recently been awarded over £2.3 million by central government to develop deploy wireless charging technology on residential streets, expanding its offering to meet further user needs.

From identifying a validated problem to now assisting with the uptake of electric vehicles, our team is immensely proud of the progress that char.gy has been making and the people it has been helping.