Upskilling in-house teams and building sustainable capabilities is an ongoing challenge for some digital and service teams within local authorities.

Some of the biggest questions may include:

There isn’t a single, definitive answer to each question, and teams and organisations are all at different stages of their journey. 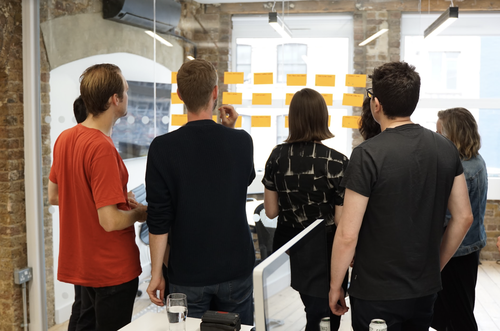 Unboxed and Melissa Sabella, Founder and CEO of The Honeycomb Works, recently facilitated a roundtable discussion with a number of digital and service leaders from across local authorities to discuss this topic. The purpose: to share stories and experiences, successes and failures, the biggest challenges faced, tools and techniques, and more.

Here are eight takeaways from the session.

#1: Collaborate with HR on the challenges

Some local authorities know which roles they need to hire in order to support their digital strategy. They need to be able to create an in-house agile, multidisciplinary team to be able to design, develop and support services in a sustainable way.

One of the challenges experienced could be a gap between Human Resource’s understanding of the roles that you’re trying to hire for, and the roles that have been traditionally hired. Many roles within an agile team, including service designer, user researcher and delivery manager, have often never been heard of within a local authority setting. These aren’t traditional roles that have been hired for or that are currently in place. This can create issues around salary bands and internal HR teams understanding responsibilities within bands, as these new roles are bringing new skill sets to the table that are also previously unheard of.

One way to overcome this challenge could be to build a relationship with the HR team. Bring evidence to them of what would need to change, which could include examples of other local authorities hiring for these roles, and the job descriptions. This could provide more tangible context as to how this is working in other local authorities.

There can be a lot of supply and demand issues when hiring for specialist roles. It can often be challenging for local authorities to compete with the private sector in regards to salaries for these roles.

Introducing market supplements can be an effective method to overcoming this. Topping up a salary can make the role more appealing to job seekers, making salaries become more competitive and engaging the people with the right experience required. Some local authorities are recruiting at market rate for the role to start with, then benchmarking annually to keep up-to-date, ensuring that they can stay competitive over time, and retain talent.

Digital teams need to find a way of working effectively with service teams to ensure success. Some people new to this way of working may be able to just “get it” instinctively. They may be enthusiastic, but may not have as much time to dedicate as they’d like to have or need, with around half an hour being the most that they can spare.

This doesn’t mean that the time that they do have can’t be put to good use. Getting service teams involved in tasks that don’t take much time can be an effective way to get their input and learn from them. Co-design workshops can be an effective way of creating ideas, getting input from subject matter experts, generating learning, and creating empowerment through their voice being heard.

Trust is important. As long as teams acknowledge that they’re all in it together, and working in the open, trust should begin to build. As part of this open and trusting approach, failure shouldn’t be viewed as a negative thing, but as an opportunity to learn from, and should be shared openly. It isn’t poor performance, it’s growth, and flexing with the reality of the circumstances.

It’s also okay to be messy. In more traditional environments, sharing something that isn’t “done” can often be seen as failure as it isn’t the final thing, but it’s sometimes within the messiness that the ideas and solutions can be found: “It’s the grit that makes the pearl.” 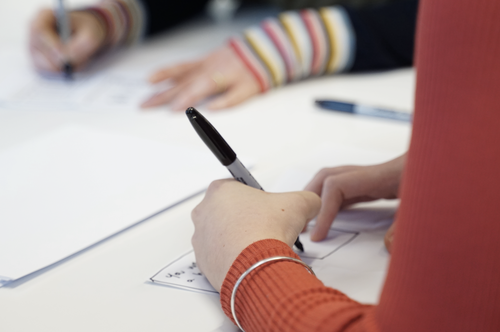 If digital teams and service teams can work together, it’s much more beneficial overall. One of the issues within this is that service teams have their day-to-day jobs and don’t often have the time to be able to dedicate to what your project might need.

They may get half an hour per week to dedicate, but that’s not enough time for an agile delivery team that’s trying to rapidly deliver. There’s a clash between time needed and time available.

Pace matching with service teams could be one way to overcome this. Instead of trying to fight for the time needed to keep up with the delivery team’s rapid pace, consider reducing the time to match the pace of the service team’s availability. This could be dedicating a few hours per week of dedicated project time and planning accordingly.

#6: “Failure” in certain contexts can sometimes be dangerous language to use

In the context of Lean Startup, “fail fast” is a term used to describe an approach to learning. Run a low-risk, low-effort experiment to test a hypothesis and see the result.

Language within the context of a service team, and misalignment could have a negative impact on relationships with service teams, potentially creating a barrier to buy-in of your approach. An alternative could be to emphasise the approach of “learning and iterating” over “failure”, shifting towards more positive language.

#7: Identify “talent” within the services who might be advocates

There may be individuals working within a service team who could actually be your advocates, you just haven’t found them yet. There are people that you may not expect to come on the journey, but you could be pleasantly surprised.

Try to identify “talent” from within services by using methods, such as stakeholder mapping, to find these people to take on the journey, and get them on the phone talking to residents to begin the conversation.

Consider creating a digital community and opening this up to your whole organisation. Share the approach that you want to take and find out who’s interested. This can be a good way of introducing who your team is, how you’re working, and what you’re doing.

One approach could be holding a monthly meeting or session. Make it as open as possible. Invite people from different services and departments, as well as your team, to create a cross-pollination effect.

If you’re interested in attending and contributing to a future roundtable discussion, get in touch to find out more: hello@unboxed.co.