A small bit of climate action

At Unboxed, we’re interested in how we can use our skills and experience for climate action. While we’re seeking out opportunities to do this on a larger scale, we look for small actions we can take to both support others and develop our knowledge of where we could make a difference. From our investment in char.gy, an everyday EV charging solution, to our participation in Ride the Change, we’re taking every opportunity to learn more.

That’s why we developed a campaign to educate young footballers about the impacts of single-use plastic on the environment.

Earlier this year, Unboxed sponsored the Palma Foundation’s annual training camp for young footballers. The camp aims to support young talent who have real potential to play at the highest levels of the game but who face barriers to getting the coaching and support they need.

Read more about the Palma Foundation.

But that’s not all we did.

We took the opportunity to run a campaign to get young players to reduce their use of single-use plastic. #PlayersAgainstPlastic encouraged every player to think about how they can take small steps to improve their relationship with the environment.

In previous years, the camp had provided water and energy drinks in single-use plastic bottles. With 30-40 players drinking 2-4 drinks every day for 10 days, we estimated that the camp produced around 1,000 waste bottles. Many of these were half-full or had only a sip taken from them before they were discarded.

How might we reduce or eliminate single-use plastic from the camp, but (more importantly) also encourage young people to think about how they use plastic and how they create waste?

We knew this was an opportunity to influence people who might become influencers themselves. Many Palma alumni have gone on to sign contracts with professional clubs at all levels of the game, including Premier League champions Manchester City. If we could seed a climate-focused mindset amongst players at the camp, we might help put them on a course to positively influence other young players in the future. 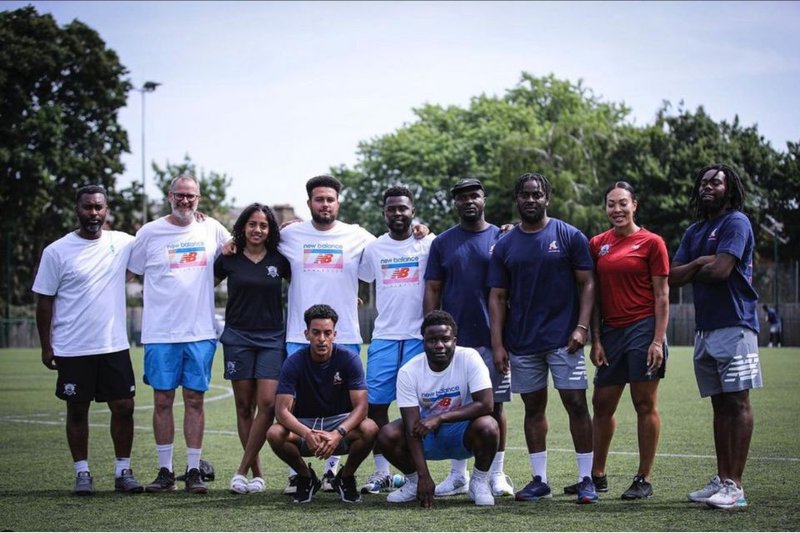 How did we approach the challenge?

The same way we approach any challenge at Unboxed…we assembled a team of bright people with open minds.

We knew that we had some limitations. We didn’t have much time. We didn’t have a huge budget. We were working with young footballers whose attention would be focused on their training.

We had limited time for research so we looked to our contacts.

We spoke to a friend who was in charge of Severn Trent Water’s sponsorship of the Commonwealth Games. Her team was responsible for installing hundreds of water fountains around Birmingham during the Games to reduce single-use plastic waste. She had done quite a bit of research and identified two major issues:

We did a bit of research about how other football clubs approached this challenge. According to Government data, each Premier League match can generate up to 750,000 plastic bottles. Several clubs are taking measures to reduce plastic waste, such as:

We also talked to the Palma team to find out what the players were like and what they got out of the camp. Some key insights: 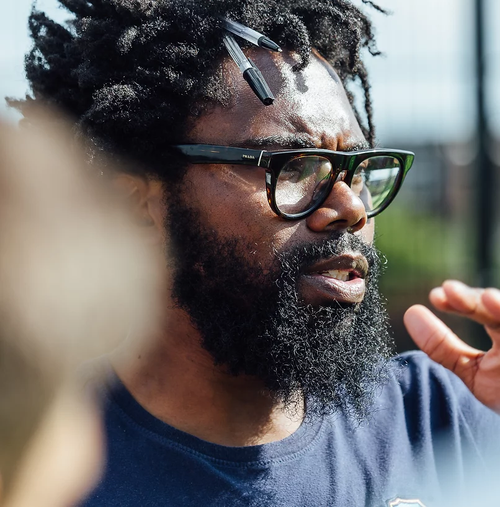 “Our values of inclusion, hard work and togetherness are evident in everything we do. We have created an environment where everyone feels part of a large extended Palma family.”

The most obvious opportunity was to provide players with reusable bottles. Yet this didn’t come without challenges.

Projecting an image of quality and professionalism is important to the Palma Foundation and we wanted to maintain those high standards. How could we provide high quality reusable bottles at a reasonable price?

After convincing the Palma leadership to reserve a proportion of our sponsorship money for bottles, we researched and found a supplier who could offer enough good quality, Palma branded, fully recyclable aluminium bottles within our budget. They looked great and would have less impact on the environment than cheaper plastic alternatives. 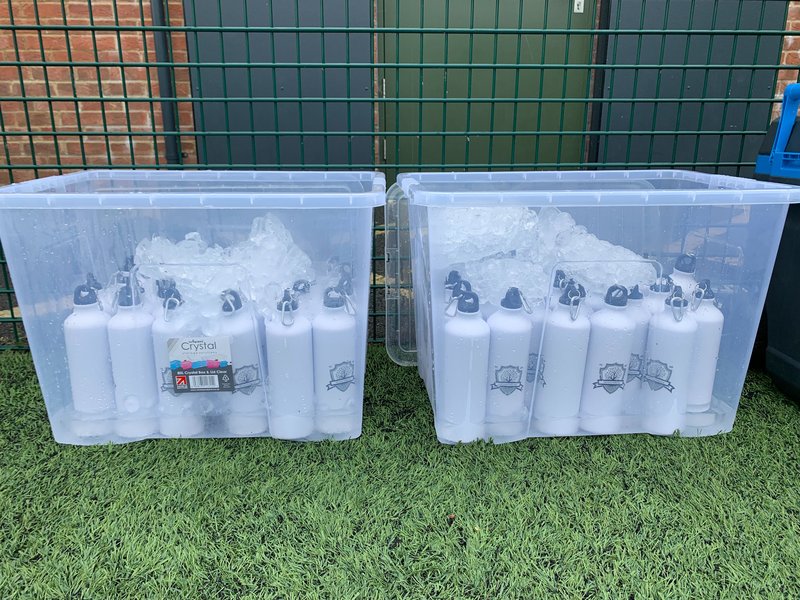 Challenge #2 - no means of filling bottles on site

A quick and easy supply of water would be essential. But there was nowhere to fill up on site. We looked at hiring a bowser or water containers, but these were costly and some required access to electricity to power a generator.

Every day, Unboxed’s Head of Product, Martyn Evans, cleaned and refilled every bottle with fresh water at home and carted sixty bottles back to the training ground. The refilled water bottles were transported in large trugs (but not so large they couldn’t be carried by one person when full).

The camp was held in July when temperatures were soaring. Players would be training hard and the water needed to be refreshingly cold throughout the 3 hour sessions.

On his way to camp each day, Martyn went via the supermarket to buy lots of ice to pour over the bottles. This was not an ideal solution (the ice came in plastic bags!) and certainly not particularly economical but it just about kept them cool enough throughout the session.

When one of the Palma team told us “I don’t drink tap water, I don’t like the taste”, we were worried that this might be a common opinion. Would players reject the water provided and bring their own single-use bottles?

We set the scene in advance, letting players know at registration that there would be no single-use plastic bottles at camp, that we would provide water, and that they could bring their own reusable bottles if they preferred.

Surprisingly, the ice cold tap water in good looking aluminium bottles which were ice-cold to the touch, proved to be very popular. Players and coaches found it hard to believe that the water had come from Martyn’s tap at home.

Challenge #5 - would bottles get mixed up?

We were worried that players would be concerned about sharing water bottles with nothing to distinguish them, especially just after the pandemic.

Personalising the bottles would be impractical with different players attending on different days. A simple number written on the bottom of each bottle with a permanent marker was enough for players to keep track of the one they were drinking from each day. 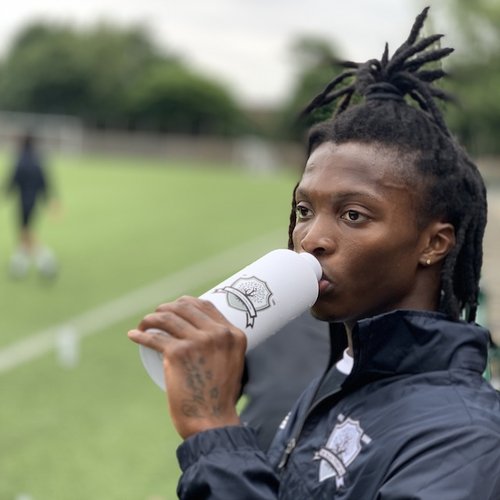 Challenge #6 - how do we get players to think beyond the camp?

We were confident that we could reduce the volume of single-use plastic at the camp. But the greater impact would be to get these young people to change their behaviour.

We created a campaign slogan that was easy to share on social media: #PlayersAgainstPlastic. This slogan could be shared in any team-based sport and wasn’t restricted to the Palma camp.

We then created some campaign statements based on themes that are instilled into all Palma players - teamwork and commitment:

Then, we created an ‘ask’ for players:

'A bottle is just the start. Use your skills. Use your voice. Reduce, reuse, advocate, educate. Find your space. Together, we can do it. We can end plastic pollution. We’re asking every player to show their commitment to the planet by sharing a photo of their bottle and making a statement about what they think football can do about plastic.'

We use these campaign elements on Instagram to encourage players to share their photos and commitment statements. 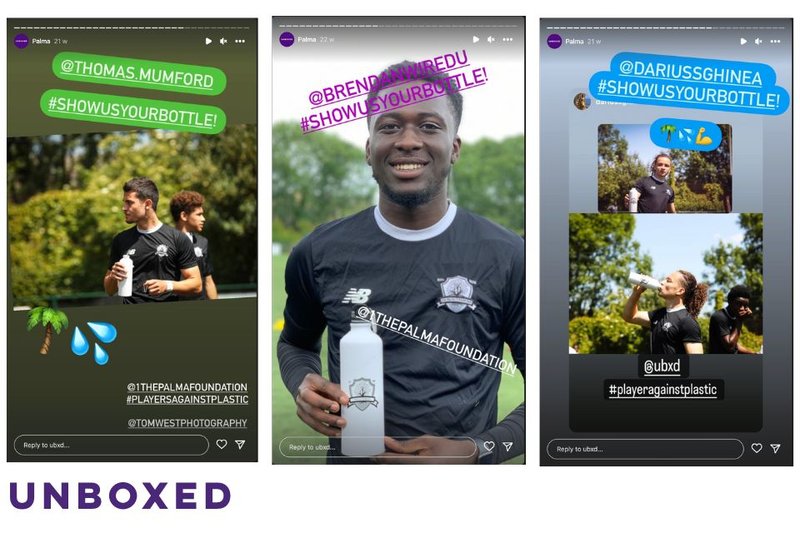 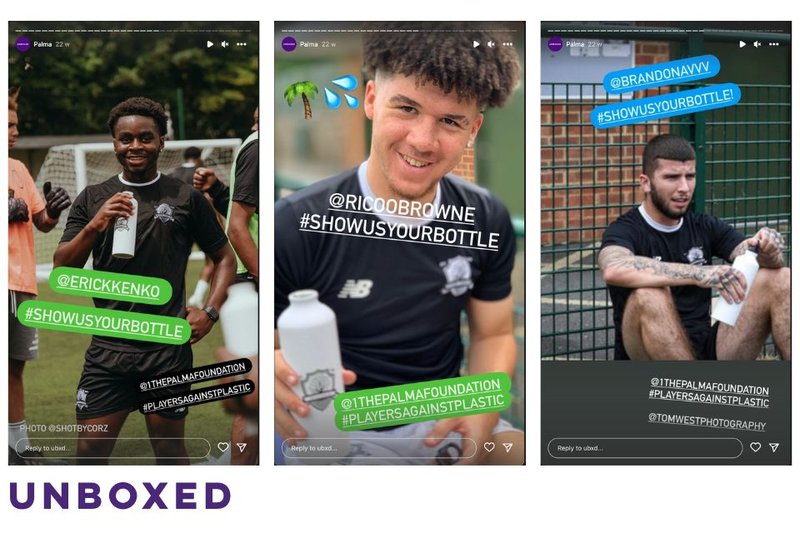 “The initiative has shown us a better way of doing things and supports a more sustainable and eco-friendly environment which is something we all need!”

We know this is a very tiny contribution to the huge challenge of climate change, but it helped our team think about some of the challenges of behaviour change and how we equip the next generation with the skills and understanding they need to tackle the impacts of climate change.

Unboxed will continue to look for opportunities to take climate action at scale. If you think our team of designers, developers and delivery specialists could help, email hello@unboxed.co or book a meeting with our team.

Interested in finding out more about our approach? We're hosting an event on 7th December with a fantastic panel of speakers including Eunice Dakwoji, Head of Product and Service Design at Department for Business, Energy and Industrial Strategy (BEIS).