My Year 11 work experience with Unboxed

Recently, we had the pleasure of welcoming Saskia Brewster, a Year 11 student, to Unboxed for a short stint of work experience. Interested in product design, she was keen to find out about the design work we do here at Unboxed, experience life in our office, as well as get involved in some of our current projects.

When I thought of design before I came to Unboxed, I thought of people like James Dyson sitting down and drawing and redrawing versions of a product, testing and testing until a final design is chosen. However, through the time I spent at Unboxed, I discovered what it meant to be a designer — the end product does not have to be physical or graphical it can just be as simple or complex as a process in which people or services come together.

I wanted to come to Unboxed to learn about how a smaller company runs, find out more about different types of design and which I would like to consider further as potential courses or careers. I found just how much a community the company is, as everyone comes together at the end of the week for a retrospective (“Whines & Cheers”) to talk about their projects, as well as the open plan layout. The first thing (out of many) that I learnt was that more and more design companies are evolving so when they are developing a product there is a continuous cycle; you continue to address problems during the process and not at the end, saving time. Revolutionary. 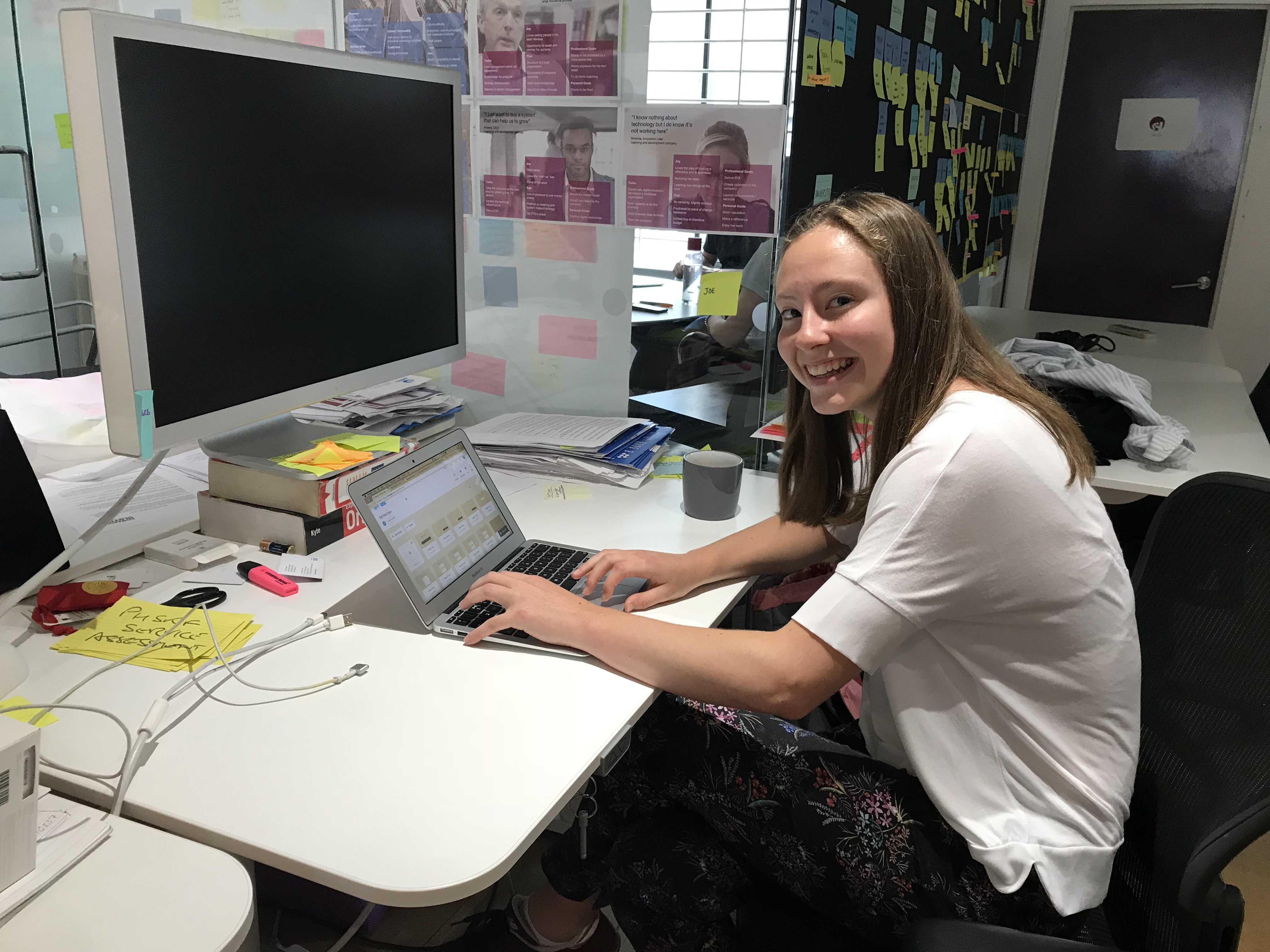 Working in the Unboxed office.

After some research into Unboxed during morning (and being surprised at how many Post-it notes you all use!), I then went to Hackney Council to see first-hand a current project aiming to make the communications easier in the council housing department, focusing on repairs and mainly leaks. I also saw how, as a designer, you have the ability to either pick the simplest route to the end goal when going through a process (in this case, sending a plumber to the specific house) or imagine the potential difficulties which would make the process more complex, considering all possibilities before you get to the end goal.

I also learnt that there is no set path for getting into design, which is interesting as personally I always thought you pick your course at university and at the end of the three or four (or even more) years, you have an imaginary set list of jobs. However, I found that even if you did Classics at university, you can get into programming, etc. As someone who has just chosen their A-Levels, I found it very comforting to hear that your future is never fixed.

On my first day, I was also introduced to software called Marvel, which was very exciting for me to experiment with as I tried to make an “app” (just a visual presentation of what it would look like though one scenario) to find floor plans of council housing in London.

In the morning of my second day, I had the opportunity to research into the Portuguese community in Lambeth. How it started was very health-oriented, but it has evolved to help the community in other aspects, such as safety and education.

The whole idea of designing something that is not physical or visual was very strange to me at first, but I found it interesting how you are designing a process which will improve people’s lives so greatly by being so specific, while also having some versatility. This scheme, helping a community in a certain borough is very specific, but has the chance to be expanded and brought into other communities in London, let alone the UK.

The importance of sprints (I didn’t know this term before!) and how closely you (Unboxed) work with the actual customer you are working with, and how you encourage inclusivity in developing a design together – this is a whole other side of collaboration which was before unknown to me and I am very sad that I do not get to watch one take place.

Day 3: Back to Hackney Council

I spent the whole day in the Hackney Council office, working on the Marvel project. I found a very new exciting feature of linking pages together and had a lot of fun when I was presenting my app for repair services to allow operatives to see where fittings, such as lights and taps, are located. Boris role-played a very good plumber, even if he did ask some difficult questions — but, who knows, if you make an answer up on the spot! Still amazed at how many Post-It notes get used in the office. 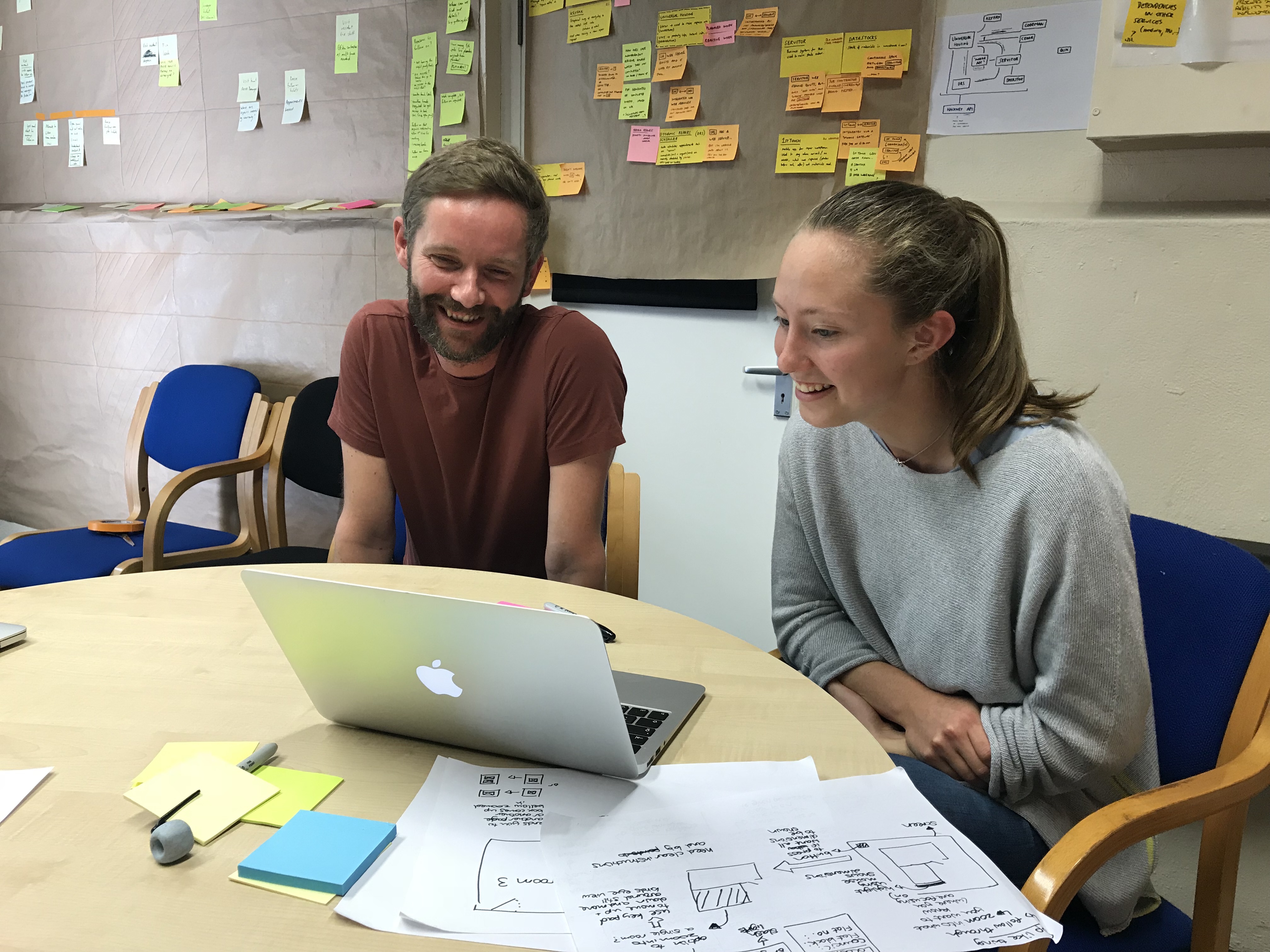 Based with the team at Hackney Council.

For me, this was the most exciting out of all the days as I got to spend the time in the kick-off workshop for the Lambeth Portuguese Wellbeing Partnership project, which meant I got to see ideas being put forward and how people reacted to them. There was around 15 of us in this workshop. Lots of people worked in charities or services, such as the NHS. It was an amazing group of people, from all walks of life, sitting in one room to talk about a project that brought them all together and were all so passionate about.

We spent a long time talking about the goal, which is something that I first considered to not take a long time at all, but it takes a lot of consideration and thought. We then looked at the possible risks of the project. There was a range of severity, which I found interesting, as it showed what are the main things that people think of when they hear the word “risk”. This can come under categories such as safety or failure, which is curious as I would presume they come from previous experiences and what we have learnt.

In the afternoon, we looked at and created user personas. These were based on real people, which was really eye-opening as you get a completely different sense of the situation when specific cases come to light and it shows how teams, like this, make such a big change. It is so reassuring to know that there are people in the world who put their differences behind them to come together and collaborate. 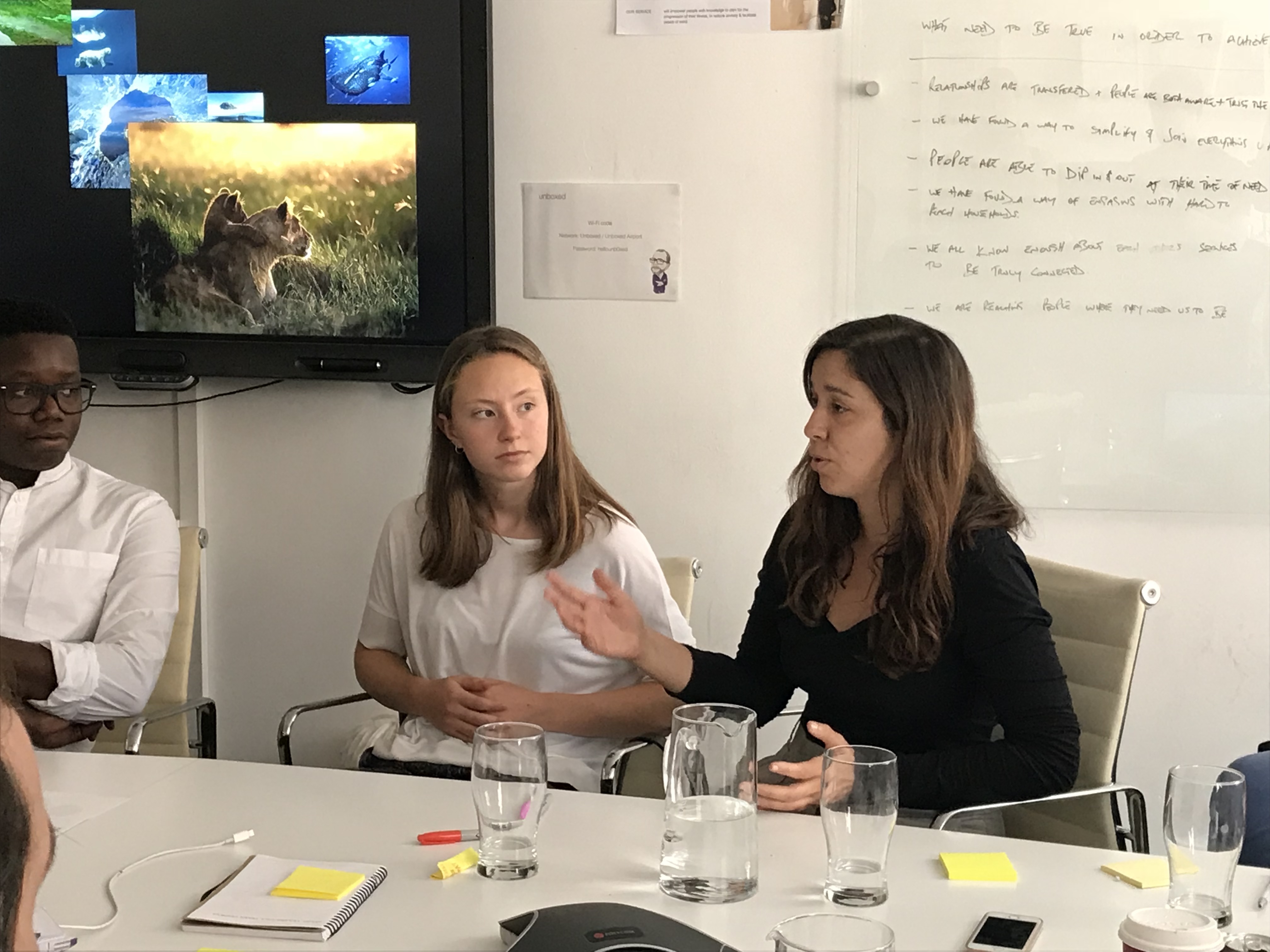 Overall, the experience has opened my eyes to a whole different world from what I considered design to be and the work Unboxed does is incredible, as it is so much from the heart and trying to help people who need it. This is definitely what is needed, in this day and age, and I think larger companies should look at how Unboxed runs and its ethos.

Thank you again for an amazing experience!