Challenges and opportunities: Using the GOV.UK Prototype Kit for back office systems

Although the GOV.UK prototype kit is designed and built for public facing, transactional services, I am using the kit to create a Back Office Planning System. Our users are planning teams from local councils across the UK; they review and approve or refuse housing proposals that citizens want to build. Because the project is for many local councils, it is funded by a central government department, Ministry of Housing, Communities & Local Government (MHCLG); thus, using the GOV.UK branding fits well from a systems level. 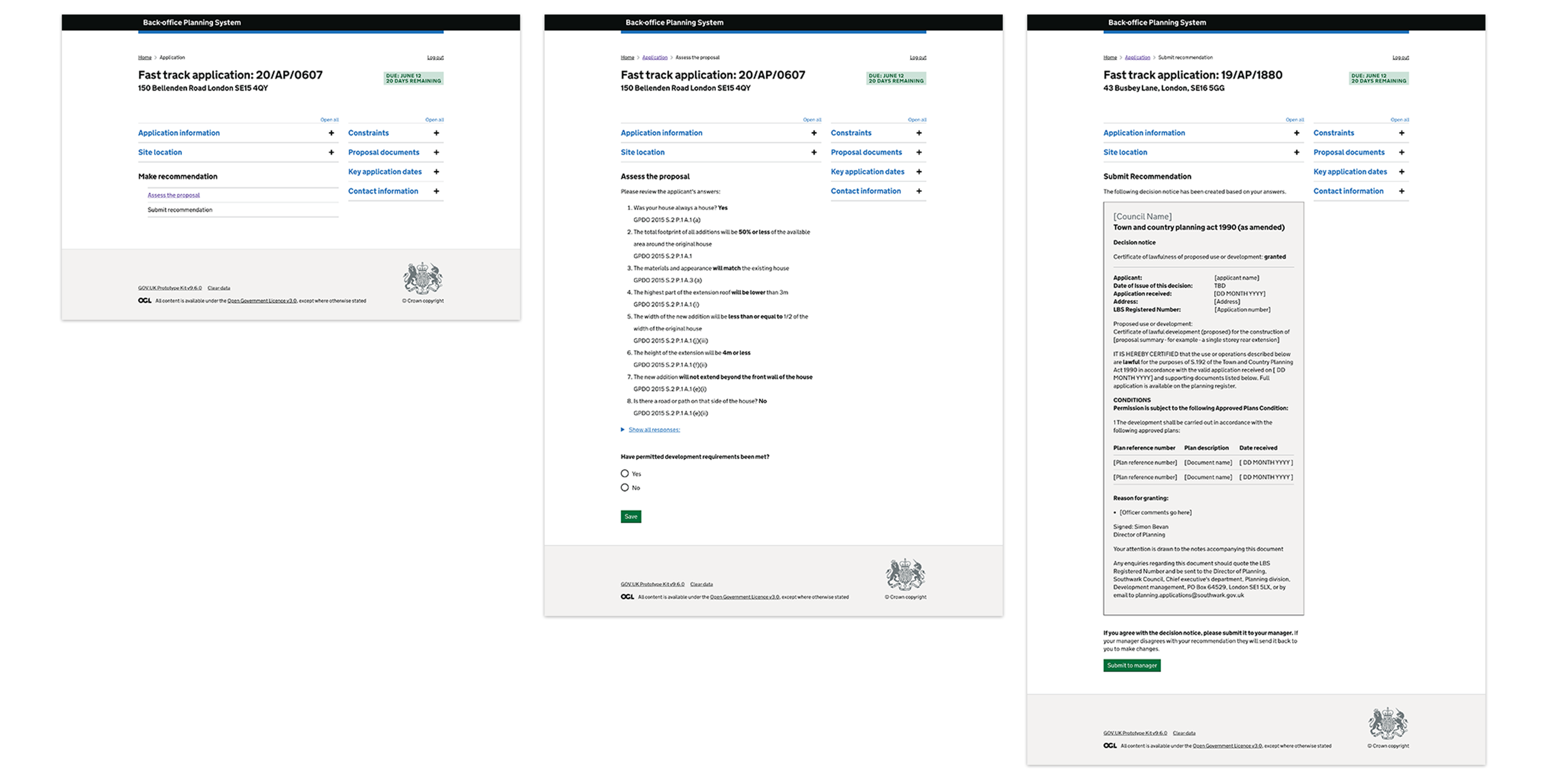 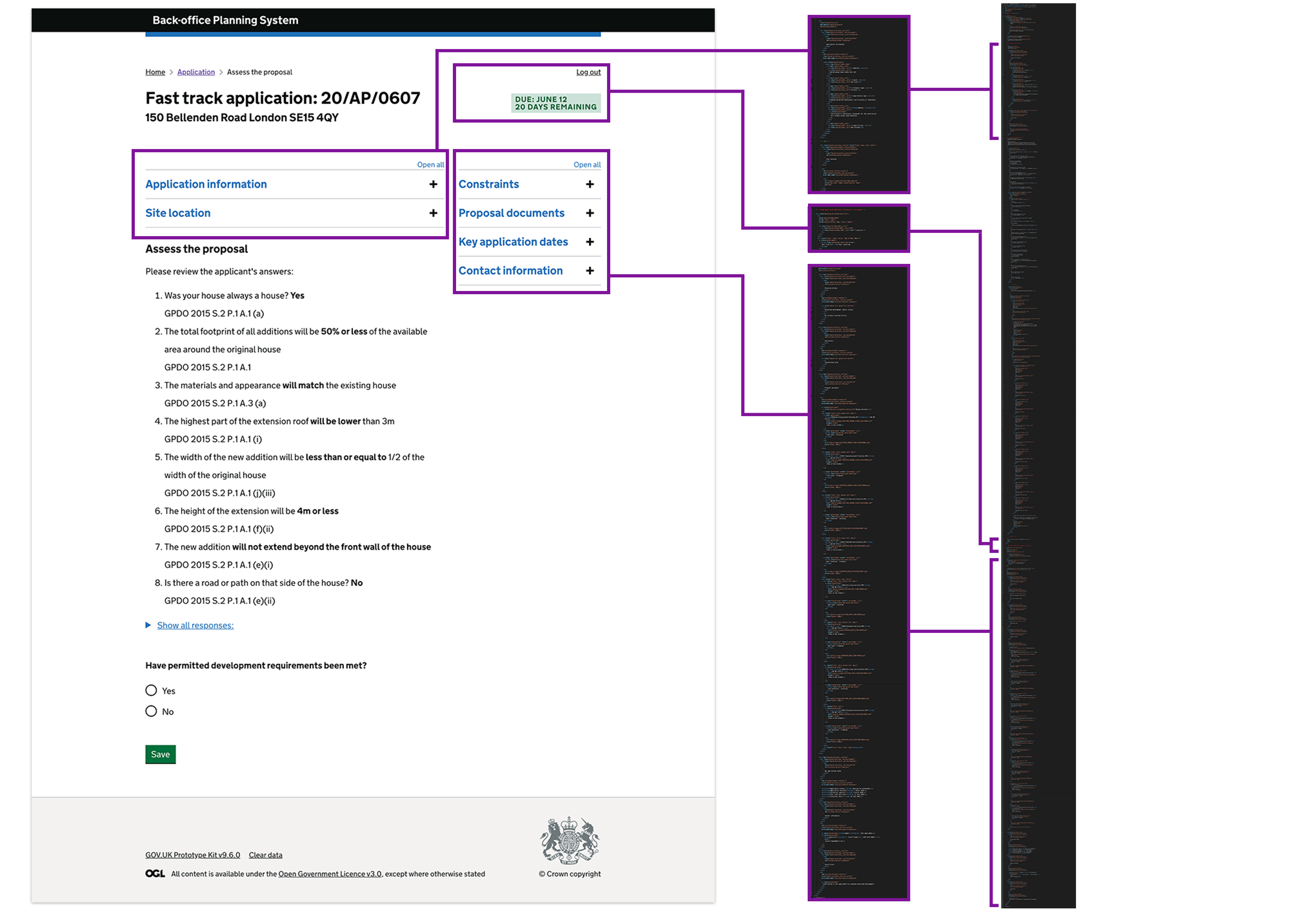 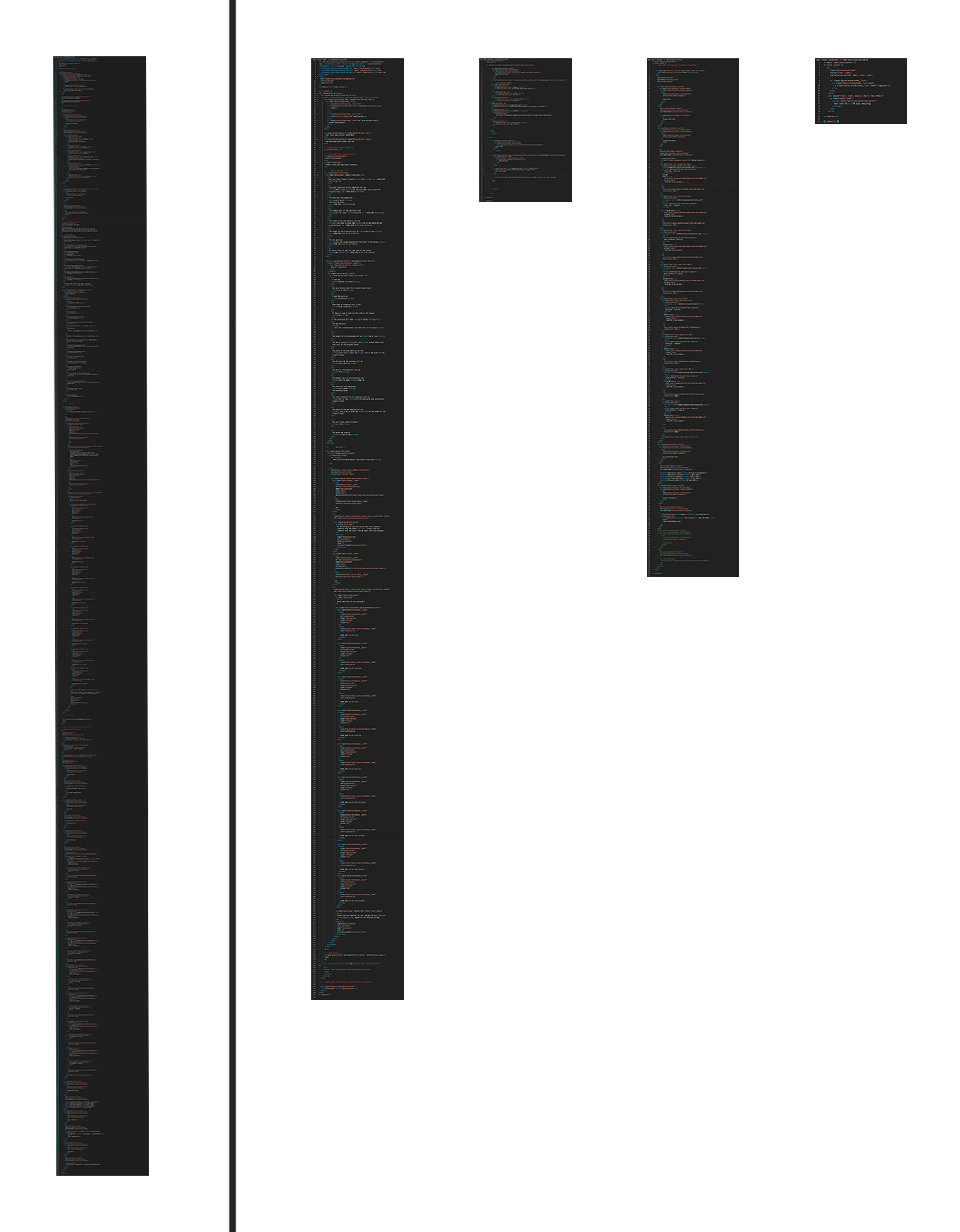 Melissa Real from our dev team unpacked how to create new, customisable nunjucks templates and taught me. Now I integrate 3 different partials into my prototypes, which involves 7 lines of code on each HTML page (instead of 400). And if I need to update the accordion, I go to that template file and it's updated across the whole prototype. 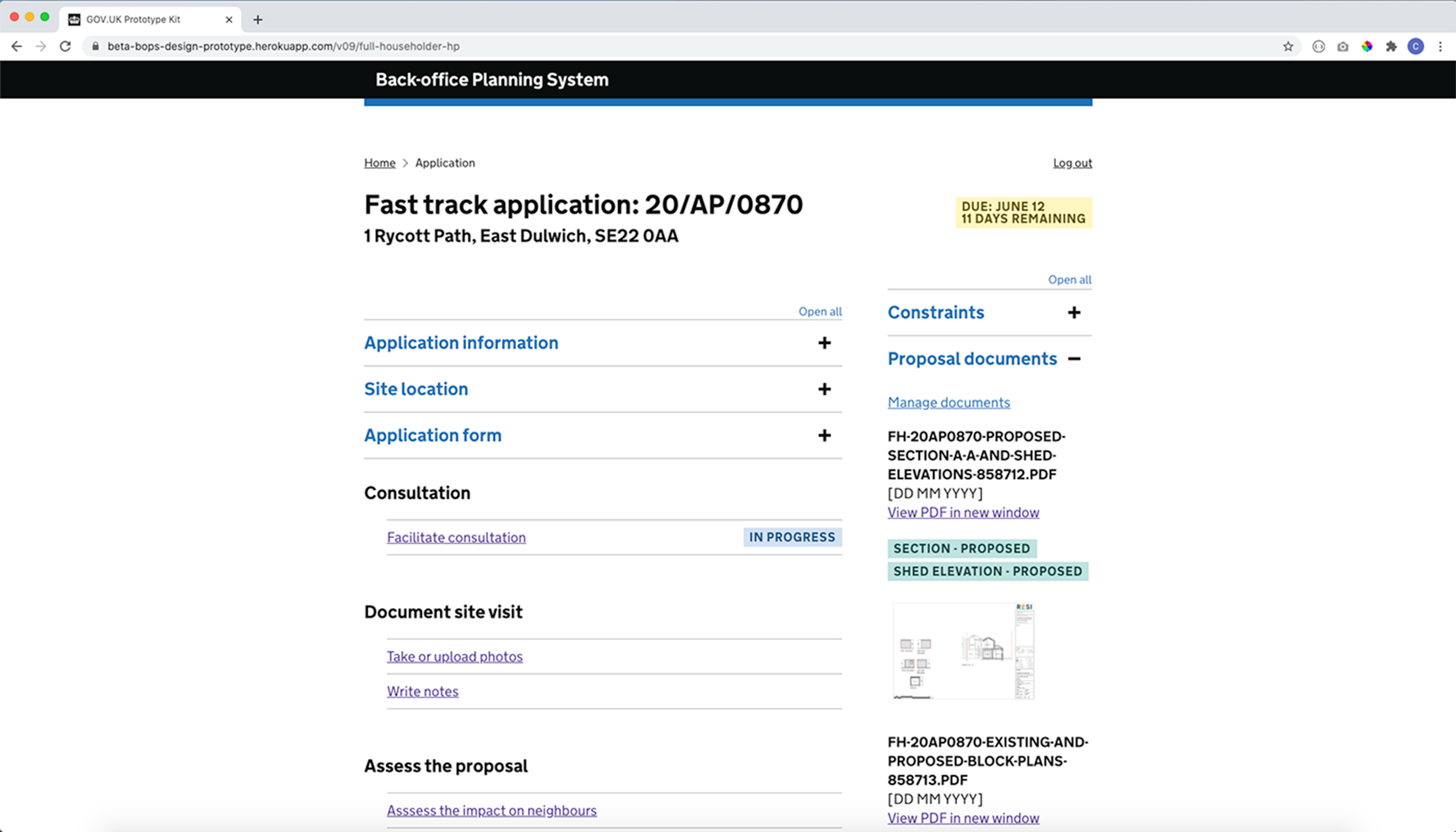 To assess proposals pre-pandemic, planning officers conduct site visits but they cannot access their systems on their phones or tablets. Instead, they take photos on their phones, and upload them onto their office computer through USB or email, and then onto their back office system's document management system. Their systems are not responsive or cloud-based.

It is unknown how their processes will change after the pandemic and if physical site visits will be as predominant as before. However, we know that mobile will be needed. There are a few GOV.UK design patterns that don't work well for mobile, such as the tabbed tables. For public facing sites, it is possible that they are less data heavy overall, and these tabs would collapse better in those situations. However, in back office systems, they can be more data heavy.

Overall, testing with the GOV.UK branding has gone better than anticipated. We have only had a few comments about the GOV.UK crown and header that made them think it was public facing. Since then, I replaced the crown and GOV.UK header on the far left of the header with 'Back Office Planning System'.

The decision notice is shown on the Back Office System so that planning teams know what applicants will receive. User research participants have commented about the need of the council's logo because it is a public facing artefact.

Therefore, based on our findings, it is not necessary to incorporate local council skins unless it's a public facing site.

The GOV.UK prototype kit can be versatile for back end systems. Learning about Nunjucks and the capabilities of the prototype kit has been valuable. I look forward to continuing with using the kit to improve upon my coding and passing data, and seeing how we can further adapt the kit based on our users' needs and experiences.