Webinar: 90 days to transform a ‘stuck’ digital product that HAS to succeed...

Richard Stobart held the first in a new webinar series, titled ‘90 days to transform a ‘stuck’ digital product that HAS to succeed...’:

• Roadmapping
• What not to do and how to untie your hands so you’re doing things as effectively and efficiently as possible
• Aligning your team – empowering them and removing the blockers
• Getting the code-base in a position to develop on, changing your pace and direction
• Getting this into production and hitting the big risks with this software
• The process of putting into development

Among the insights shared were:

Get your teams structured in a more efficient way:

• Imagine your development team as being an efficient sausage machine, and your functional requirements that go into that machine are, as quickly as possible, being produced as sausages 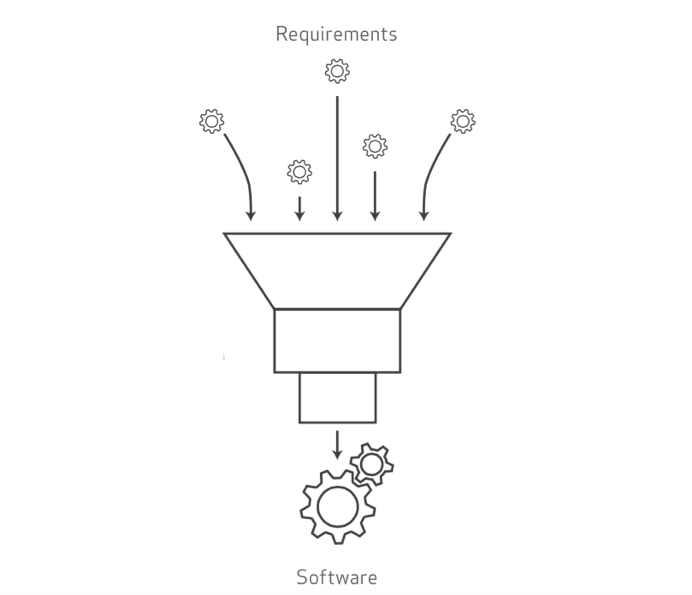 • What not to do: throw more developers at a problem - it’s about communication, not speed of typing
• Your production pipeline is similar to the flow of traffic on a motorway – as you start adding cars to that motorway, the average speed starts dropping
• Reduce the amount the team is working on, get them to deliver a very small handful of things to start getting loosely delivering
• Look at all the meetings that your team are having – if they’re nothing to do with their current piece of work then either cancel or schedule for a day of the week that doesn’t disrupt the rest of the team
• If you’re going to have long-term planning sessions, time-box them and realise that there’s limited value in planning months and months ahead because things will change

The first thing to do is put your cards on the table, be transparent that this is where you need to start from. @richardstobart #90DayAgile

The idea of Agile is to look at all your risks, address the highest one first, and start reducing those risks. @richardstobart #90DayAgile

Have a weekly schedule on the wall for the whole team. Have Show & Tells and retrospectives at same times. @richardstobart #90DayAgile

Tweet us at @Ubxd with the hashtag #90DayAgile if you have any questions or you’d like to get in on the conversation.

Richard is holding our next webinar on Wednesday 4th February, titled 'Why pair programming? And how to do it well…'. Find out more information and register here.