This is the great challenge we aimed to overcome at our session on the 30th November 2015, uncovering the techniques to getting full buy-in from the person holding the purse strings, and unlocking that full budget. We heard from those who have been faced with this exact challenge in large organisations, in both the public and private sector:

Talk 1: 'HIPPOs are people too' 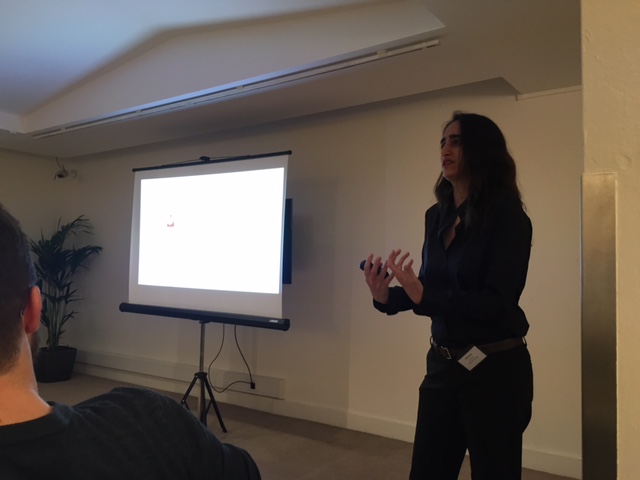 Behaviours are very important to how you approach the issue of unlocking further budget. It’s not just a technique or skill but something you do all the time. It becomes a habit. And that’s how you make things happen in organisations.

There’s a lot of buzz around creativity and ideas, but organisations say: “We’ve got the ideas, we know what we should be doing but we can’t somehow do it”. The issues are:

There’s a mentality of “We’re looking for the person who’s going to bring us the digital transformation, we’ll hire you and then we’ll be finished”. But when that person comes back with the business case for the money they need in order to do the transformation, they say: “Whoa, but we’ve brought you in to get it done”.

Organisations usually say: “Here’s your brief, show us your plans for the digital transformation and tell us what you’re going to do. Tell us the answer”. This mentality is what we’re up against when we talk about agile and good solid product development.

Avoid showing things internally to executives and people who have a lot of power as they end up saying “I think it should be this” and they end up doing what they want, rather than what the customer wants.

When it comes to the person who controls the budget and the team is asking for more: More money, more time, more trust, more exploration – they don’t really know what’s being delivered or executed. When you come to this person saying: “We need to do some exploration. We need to fail. We don’t know what the answer is but we need to start spending money” – how does this make them feel? How can they say yes to this? How do you convince them to get the funding for what you want to do?

Take them on a journey

When we’re embedded in product, we form these structures in our head that have all these multiple connections, so we can jump from one thing to another. The stakeholder has nodes of these connections, but they don’t have these really strong connections.

With agile, there’s are persistent misconceptions. With something like agile product development, people might say “Yes, that makes sense” then they have this misconception of it. Understand that you might be able to convince the stakeholder in the moment, but when they walk away and if they have a misconception that they’ve had over time then it’s going to take more than one intervention to break this down. Understand what the misconceptions are and repeatedly try to break them down.

What happens if we don't do anything? How does that affect the bottom line? #50kSpringboard pic.twitter.com/Oa8FmTsnXv

Talk 2: 'How do you make projects work in an agile context?'

Break down what you’re doing into smaller chunks, from a budget perspective. In terms of building trust, in having the stakeholder allowing you to spend a small amount of money, rather than give them lots of detail on how you’re going to spend the big pot of money, it’s more about the one-to-one with the stakeholders. Those who are ultimately giving the approval for the funds.

When it comes to delivering, it’s really about going into the room and thinking less about the spreadsheets, the numbers and the money you’re asking for, but starting upfront with getting stakeholders into the wireframes and having a play, and feel excited and proud of what you’ve all done, as a team. Then the money conversation becomes much easier.

Talk 3: 'How to demonstrate value quickly and get buy-in early' 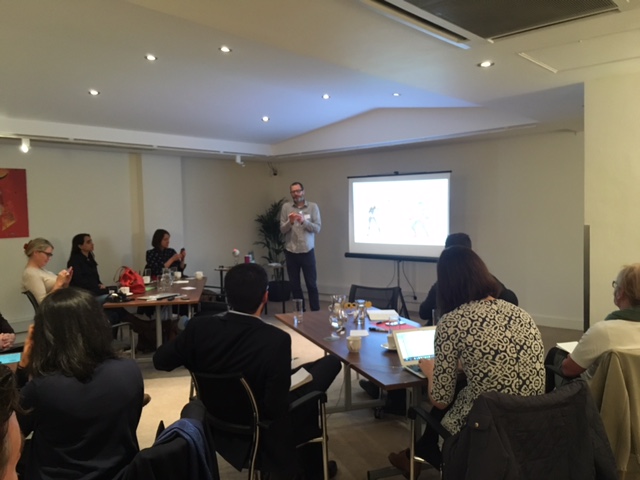 Set out to prove yourself wrong

“You must not fool yourself, you are the easiest person to fool” – Richard Feynman

We’ve all got great ideas. But there’s a good chance that your idea isn’t very good. Work on the principle that your assumptions are wrong and go out to prove it. Use the power of negative thinking – we all try to be too positive, but pessimism can save you a lot of heart-ache.

People spend so much time trying to think of what it is they’re going to do, what the best place to start is, what the first thing to do is. It doesn’t really matter if you’re assuming it’s wrong. So just start somewhere, get cracking and go and find out.

Think about what you’re assuming and what you believe. If you’re wrong about this, what is going to be the biggest disaster? Which thing is going to make you fail? Start by tackling that first.

Talk to your customers. It should be one of the first things you do. You want them to validate your idea.

People say “fail fast” but they should say “fail immediately”. Start wrong to find out what is right, or at least more right, as quickly as possible. It’s difficult and no one ever really wants to fail but being wrong is not a failure so long as you learn as much as possible on the way.

Assemble a small team of generalists

“The secret of getting things done is to act!” – Dante Alighiere

People are key to success everything; it’s all about people. It’s about stakeholders – what is their psychological makeup? It’s about what customers – what they feel (not what they say), what they actually do, what they’re going to act on. And it’s about the team.

Build a small team of generalists, but make sure you cover a broad spectrum of functionality, so a cross-functional team. Not specialists, but those with a broad range of skills and depth. If you can get these people on your team from very early on, you can move very quickly and get things done. Good people get things done.

Start with an inception workshop – get the team together in a room for two days to align and find out:

From the inception workshop, you get:

Show people, don’t tell. Show people what you’re doing all the time, be open, honest and transparent. Set up a “war room” and fill it full of what you’re working on:

Have regular Show & Tell sessions – every week (or two weeks), show progress of what you’ve done over the last sprint and what you’re doing to do in the next. The principle is that people will get context over time as progress is shared. Regular updates allow you to get questions and feedback from stakeholders.

“Show your progress… Even when you haven’t made any” – Will Rowan, former-Ministry of Justice

The most important thing to do is up built trust with stakeholders. If you’re making up stories, saying you’re making progress when you aren’t, then people will see through this and they’ll start to doubt you. If you haven’t made progress, tell people – tell them why. They might be able to help you.

Open communications are really important. People come in and they see what you’re doing, and they like it. They’ll go and speak to others in the organisation. That’s the mission. With the first £50k, you need to get buy-in from the organisation.

Keep team small to save money in the beginning while you learn what you need #50kSpringboard pic.twitter.com/8MGkluvChL

The power of negative thinking- live it! With @martynevans #50kspringboard

Find out what that team can do best and let them do it. @martynrevans #50kSpringboard pic.twitter.com/ql2NeML5e2

SH:24 is a free online sexual health service, delivered in partnership with the NHS. SH:24 makes it easier for people to get tested for the four most common sexually transmitted infections (STIs). They provide people in Southwark and Lambeth with test kits, information and advice - 24 hours a day. 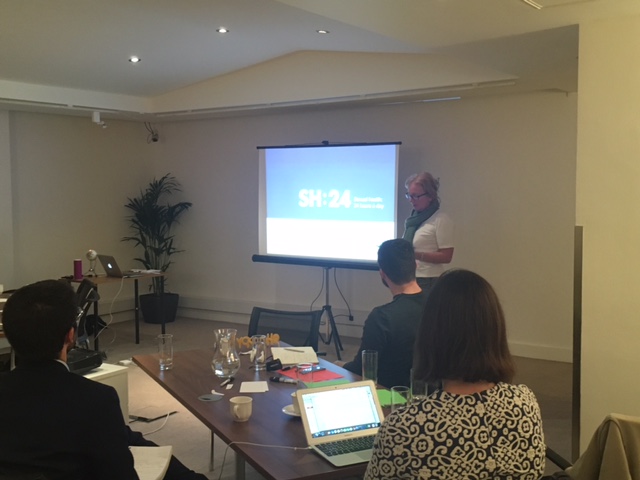