Event: Kicking the cobwebs out of your stuck digital product pipeline

Four insightful speakers and a fantastic audience – Wednesday 25th March was our ‘Unstick your digital products’ event, in Central London.

This energetic three-hour session was attended by heads of industry and explored the techniques to:

The morning kicked off with a colourful paper aeroplane-based exercise: 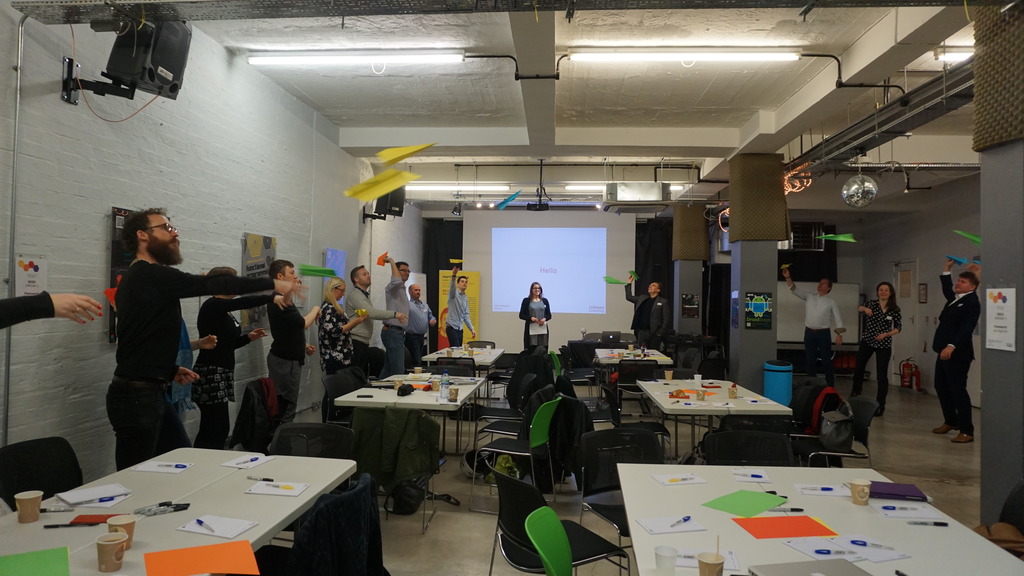 The session then began:

Dave Evans, Product Manager (E-commerce), at [Nature Publishing Group] (http://www.nature.com) kicked off the talks with a case study, diving into the publishing sector. He discussed the hypothetical first 5 days of a journey as a Product Manager: 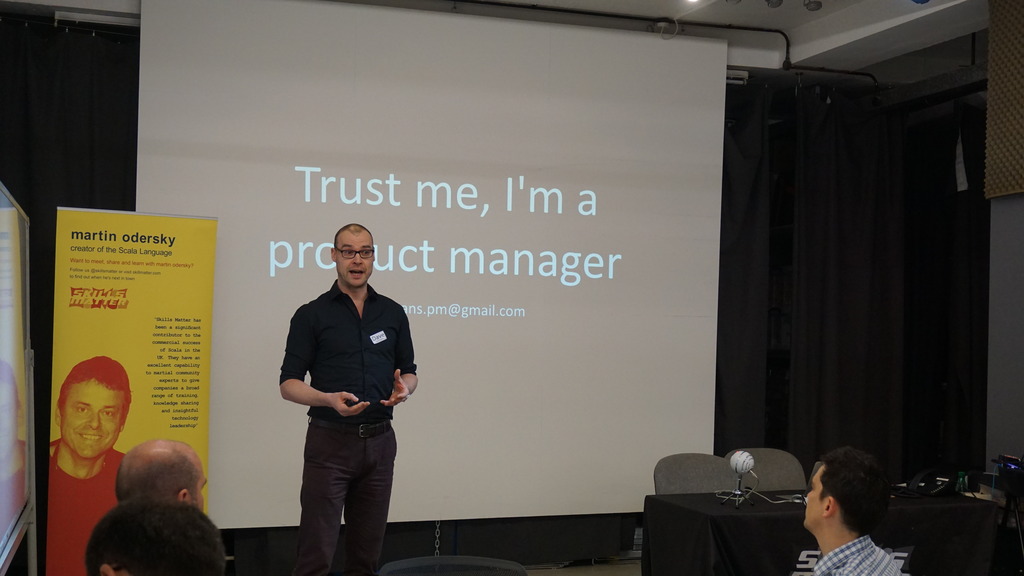 • Understand the people and players involved in the products
• Establish where the value lies within your products
• See where the money is and how your product is doing financially
• Introduce Agile and Scrum, then see different teams adopting these processes, quick delivery, learning and iterating
• Properly validate your roadmap, make sure you’ve done research and know things you are adding will add value

Talk 2: How designing a new experience in the NHS helped to unblock and unleash new potential

The second session was led by Glyn Parry, Programme Manager of SH:24 – a community interested company which partners with the NHS.

Glyn shared the insight into why an iterative and Agile approach has been used to turn STI testing on its head - challenging deep seated practices and prejudices in the NHS and local authorities: 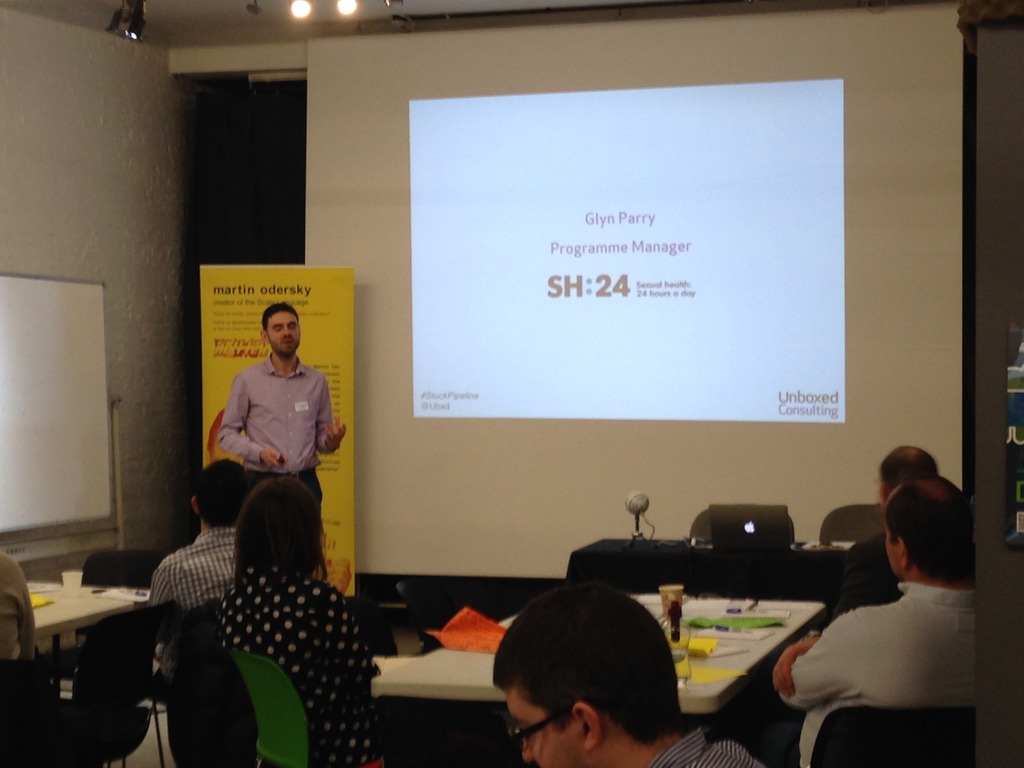 • Don’t assume that organisations aren’t Agile, there are people who are instinctively Agile
• Identify those in the organisation who have an Agile mindset and are quite influential
• Do take some risks

"A vital aspect of our digital work was recognising 75% of our service wasn't digital and never would be." #StuckPipeline @G_Parry24 @Ubxd

The most central aspect is the users - @G_Parry24 @sh24_nhs #StuckPipeline

Talk 3: Interview with Will Rowan

Will Rowan @TheCustomer, Product Owner at UK Ministry of Justice Digital, was the third speaker, taking to the floor with a Q&A session: 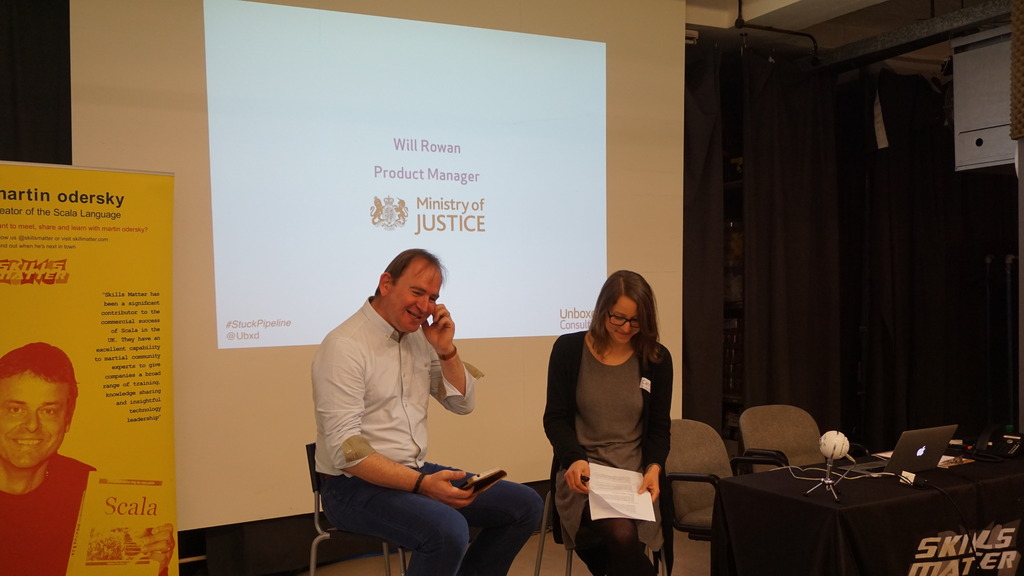 • Project managers want to control risk, so try and take control of the whole project
• Take a large product portfolio that has got stuck, ask yourself “what does it take to get momentum going again?”
• Work with the governance process rather than against them
• Short term thinking - focus around users, engage stakeholders and show them what can be done rapidly
• Focus limited resources on creating the best value
• Get the product out there; share it, however scrappy and unfinished it is

Good advice from Will Rowan: make progress visible as soon as possible, no matter how little there is #StuckPipeline

Last, but by no means least, was Richard Stobart. Richard spoke through the exact reasons as to why digital products get stuck and explored the techniques and methods to speed them back up again: 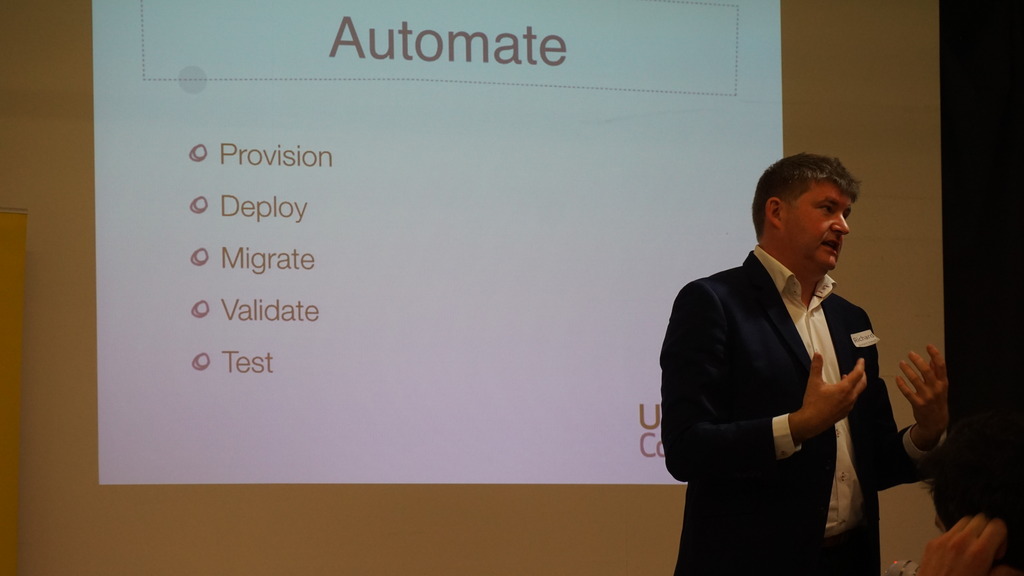 • Get stakeholders to buy in, using their language and get committees set up - clear the way
• Don’t be afraid to stop - pause for 3 months while and gather your thoughts, stopping is a very good thing to do, it makes people wake up
• Build the smallest thing you can, but the highest value things only

You need to be able to deploy your code automatically. @richardstobart #UnstuckPipeline

The slide deck from the session:

Click through to the event hashtag #UnstuckPipeline to see the tweets shared throughout the session.