The conference: Agile On The Beach 2015
The dates: Thursday 2nd & Friday 3rd September
The attendees:

Claire, Jack, Martyn, Ben and Graeme (+200 others, but we don’t have caricatures for them)

Five of Team Unboxed boarded the train at Paddington Station to head to Agile on the Beach 2015 (or Agile pon de Beach, depending on your mood) - the leading annual conference, exploring the latest Agile and Lean thinking in software craftsmanship, teams and business. 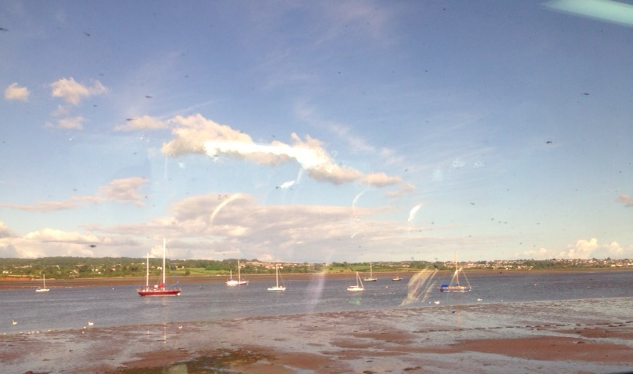 After a long journey (6 hours…), we finally touched down in the delightful seaside town of Falmouth, the location of the conference. After a small sample of what Falmouth had to offer cuisine-wise (mainly fish and chips) and a short sleep, we were ready and raring to go.

• People are crap!
• Stuff is more complicated than you think
• All stuff is interesting

As well as covering a range of rather interesting scientific facts, Dave delivered a very interesting and engaging Keynote by maintaining audience interaction throughout, so much more than ‘death by PowerPoint’.

Each of us then took off to follow our individual talk schedules. Being a non-technical attendee, I stuck primarily to the Agile Business stream, the set of talks based around using Agile within business:

Create your own Agile manifesto for your own individual business. #agileotb

Focus your team on what is going to deliver the value. #agileotb

During the day, attendees were encouraged to submit their name for the final lightning talk session at the end of the first day. Names were pulled out during the last session. Claire was one of the lucky names to be pulled out, taking to the stage to share her talk titled ‘Redesigning the UX of Employment’:


Party on the Beach

With the first day of the conference officially closed, it was time for everyone to shuffle on down to the beach for the famous Agile on the Beach party…

In true British fashion, the sun did not have his hat on… but that didn’t matter. Spirits were high, laughter was rife, drinks were flowing, beach fires were blazing and some rather impressive sand sculptures were being carved in the main tent:

Day two was very much a continuation of the talk programme from the previous day, which opened with Jenni Jepson sharing the neuroscience of Agile leadership. She nailed it with this:

And Woody Zuill (@WoodyZuill) put out a final reminder about leadership in his Endnote:

I have to say @WoodyZuill‘s #agileotb endnote is great. Insightful, funny, and capturing the conference mood

In true Agile style, it’s vital to retrospect. Overall, Agile on the Beach 2015 was a very insightful conference and I’m glad got the opportunity to attend. A good year to take a first step into the five-year-running conference. For an event focused mainly around software development, the programme offered so much more than the core-technical talks, which I found to be very beneficial.

The session which struck me the most and I’ve taken the most away from was Belinda Waldock (@belindawaldock)’s ‘Being Agile in Business’. Inspirational, motivating and applicable to real life. Belinda used the real life example of how she went against the traditional method of writing a book. Instead she applied an Agile approach to the whole process, breaking the process down into small bite-sized chunks and iterating.

The audience feedback included a very interesting question of ‘When are you going to write a book about writing a book?’. Crazy when you think about it, but then again, not at all when you hear her story. Belinda, I look forward to this book!